Things to See & Do 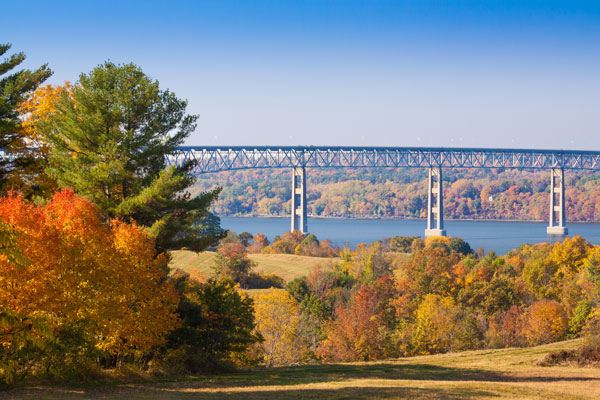 Vassar-Warner Home is nestled in the heart of the Hudson Valley and is centrally located to a number of entertainment venues, historic attractions, dining, shopping, parks and much more. Families are encouraged to visit their loved ones and enjoy all that the region has to offer. Below are just a few of the many things to do during your stay.

Places to See & Do

Walkway Over the Hudson State Historic Park is a linear walkway spanning the Hudson River. At 212 high and 1.28 miles long, it is the longest, elevated pedestrian bridge in the world. Visitors can walk, run or bike across the Walkway that spans from Poughkeepsie to Highland.

The summertime Powerhouse Theater, a collaboration between New York Stage and Film and Vassar College, is dedicated to emerging and established artists in the development and production of new works for theater and film. For six weeks every summer the Powerhouse Season brings fully-produced plays, musical workshops, and readings of works-in-progress to the college campus.

Locust Grove, a 150-acre estate and Tuscan-style villa that was purchased by Samuel Morse,  a 19th century painter includes a man-made lake, waterfall, and lovely gardens. A recent addition to the estate is a small museum dedicated to the life, art, and inventions of Morse, and visitor center that shows a film on the estate and Morse’s life.

The park encompasses 12,000 acres in the Shawangunk Mountains. Much of the terrain is wooded and rocky, but there are also trickling streams, gushing waterfalls and spectacular valley views.

Surrounded by thousands of acres of unspoiled forest and winding trails, this seven-story Victorian castle hotel has successfully maintained its distinct 19th-century character into the 21st century. For day visits, guests can purchase a meal, spa treatment or grounds pass for property access.

Both Eleanor Roosevelt and Franklin D. Roosevelt grew up in the Hudson River Valley. After his death, Eleanor—one of the most admired and influential women in American history—lived and worked out of Val-Kill Cottage, the only home she owned. A simple, rustic home, Val-Kill, now a public museum, is where Eleanor received world leaders and made her mark on civil rights legislation and international humanitarian issues. Visitors can enjoy the gardens and grounds and see an introductory film and permanent exhibit.

This lavish estate was the home of wealthy 19th-century industrialist Frederick William Vanderbilt. The 54-room country palace was built in 1898 and is one of the first steel-framed houses in the U.S. In addition to a tour of the house, visitors can stroll on 211 acres of park land that boast centuries old tree plantings, stunning Hudson River and Catskill Mountain views, and Italian gardens maintained by volunteers of the Frederick William Vanderbilt Garden Association.

In what used to be a Nabisco box-printing factory, the Dia Art Foundation has created the world’s largest contemporary-art museum. The new museum houses Dia’s rarely seen permanent collection of pivotal conceptual, minimalist, and Earth artists, mostly men who came of age in the 1960s and 1970s.