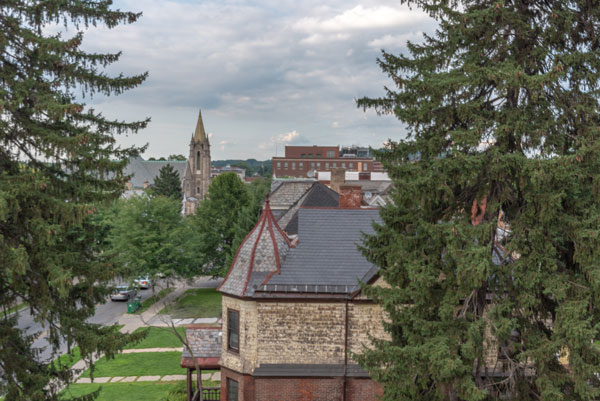 At close to 200 years old, the historic Greek Revival Vassar-Warner Home building dates to 1835 when it was built as the fourth location for the Dutchess Academy for Boys. In 1870 Jonathan Rowland Warner, a wealthy fur trader who was in rapidly declining health, saw an opportunity to make a lasting contribution to the community. Inspired to create a “refuge for elderly women”, he joined several women’s church groups with the same mission and purchased the former Academy building for $14,300. In addition, Warner paid $25,000 for remodeling and repairs and provided a $10,000 endowment for the Home’s maintenance and repair. The Board of Lady Managers—the delegates from Poughkeepsie’s churches—was established to raise funds, furnish rooms, and visit the sick. An all-male Board of Trustees also was established to invest the endowment and maintain the property. Unfortunately, Warner died three months before realizing his dream of seeing Vassar-Warner Home open its doors.

By 1896 the residence, which began as the Old Ladies Home, was fully occupied, with a waiting list of 1,500. Noting the demand, a local philanthropist—renowned Smith Brothers cough drop manufacturer William W. Smith—approached the Board of Trustees with an offer to fund the construction of an additional 27 new rooms, giving the home its present T-shaped configuration. By the time of his death in 1913, Smith had contributed $140,000 in cash and improvements to the home he referred to as the “Vestibule of Heaven”.

In 2010, Vassar-Warner Home received a bequest from the estate of Thomas W. Murphy Jr. in, which supported the restoration of the building’s front façade, and in 2011, Vassar-Warner Home celebrated 140 years of exceptional service with a “facelift” and hosted a Ribbon Cutting Ceremony unveiling the newly restored West Front Façade. Vassar-Warner Home staff and trustees are raising funds for the assisted living program, personal care renovation, and to support other projects for the Home.   For more information about making a donation or bequest, see our page on volunteering/giving. 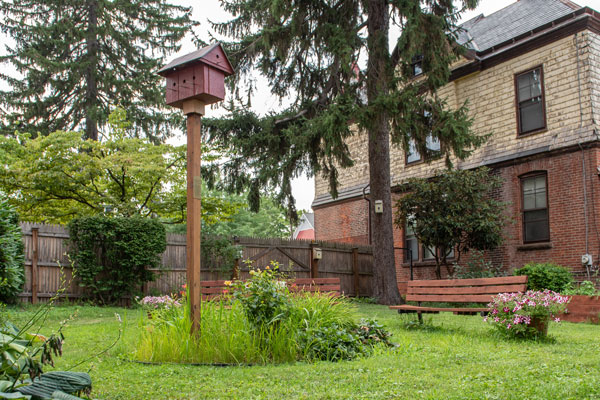